What is Regression Testing? How to Automate It?

Regression testing is an essential part of the testing lifecycle and software development. It is all about finding out if any code changes have broken something elsewhere in the system. This type of testing is done to make sure that new problems are not introduced through bug fixes.

What is Regression Testing?

Regression testing involves breaking code that previously worked and making sure it still works after the changes have been made. For example, imagine you have changed some code somewhere, and now a previously working feature no longer works. This could be because:

Why is Regression Testing important?

If you do not test your changes, every time a new bug is fixed, you run the risk of introducing a new bug due to that fix.

For example, if I fix some code that was causing problems with user profiles, it could be that another area of the site which used to work fine before now does not work because the fix has broken it. Regression testing helps you to avoid this.

How can Regression Testing be done?

There are many different ways you could test code changes to ensure they do not break anything else, and there are various techniques for regression testing that are used by software development teams. Such as:

When working on code, it is vital to make sure that you do not break anything else in the system. This is where source control comes in - it is a way of tracking and managing changes to your code to keep track of what has been changed. This confirms that everything still works properly when new code is integrated.

One way to use source control is by integrating new code into your project. When you do this, you should always be careful to ensure that the change does not break anything else in the system. One method used to check the code in and out of the project is through a set of automated tests to verify everything still works properly. We will cover this type of regression testing in the Automation Testing section below.

Another option for performing regression testing is by manually reading through the code changes and trying to find methods to break the new changes and legacy features within the project. This can be a time-consuming process, especially if you have a lot of code changes to go through, but it can be effective in finding problems.

One advantage of this approach is that it allows you to catch problems that automated tests might not detect. For example, suppose you change some code that affects how a particular feature works for a specific audience. In that case, you might not be able to test that feature properly with automated test tools. In this case, manual testing can help you to find the problem.

Read more: Manual Testing vs. Test Automation: Which One is the Best for You?

One way to automate regression testing is by using automated testing software like UIlicious. These tools help you quickly create and automatically run tests whenever you want to check a code change.

Automation makes regression testing a breeze because it allows you to find problems quickly without doing a lot of repetitive manual testing.

This type of testing saves time because everything is automated - these tasks can be integrated into the software development lifecycle so that your team will know when it's time to check for regressions.

Automation tools such as UIlicious quickly reproduce issues because these tools can record test sessions or take screenshots of your user journey steps every time a new test run is triggered.

Although automated tests can be very useful in regression testing, they have some downsides. For example, it is possible to create automated tests that are complicated and difficult to maintain. This means they might not work properly when the software changes, which is why it is important to separate your test code from your production code so that you can easily see which parts need to be updated.

Another downside is that automated tests can fail for all sorts of reasons unrelated to the actual code - these are called false negatives. For example, suppose your tests run in a virtual machine, and you are using different browsers on this VM than on your local machine or another developer's machine. In that case, they might not behave the same way because the browser will not be configured exactly the same.

Why use UIlicious for automating Regression Testing?

UIlicious is one of the best automation testing tools because it works on any front-end website and allows anyone to create their own tests regardless of their code writing skill level.

The flexibility of UIlicious comes from the fact that the tool does not directly test the code but focuses on the customer journey and the user's behavior. Thus, the test scripts created in the editor will work with any technology and are much easier to maintain than other automation tools.

This was one of the shortcomings of test automation that we pointed out in the previous section. But unlike tools like Selenium or Cypress, UIlicious can understand what elements it needs to interact with without having to refer to its XPaths - which are subject to change at the first deployment of new code.

With UIlicious, anyone can write test scripts and run automated tests. We mean it.

We designed this tool so that anyone in a team can use it and set up automated tests with ease. We have specially designed a programming language that is close to a spoken language.

If you know how to do formulas like SUM() or AVERAGE() in Excel, you are already a pro in UIlicious.

Moreover, you will not need to install software or plugins on virtual machines that you have previously set up. UIlicious has already taken care of everything for you! Our tool is 100% cloud-based.

All you have to do is create a free account and you are ready to go!

In this article, we have seen that regression testing is an important step in any software development life cycle.

It can be done manually by running through code changes and trying to break something, which can be time-consuming if you have a lot of code changes to go through. But, it can also be effective in finding problems that might not be caught by automated tests.

On the other hand, automated testing has its own benefits because it allows for fast and painless regression testing with all sorts of advantages - including being able to find bugs quickly without having to do a lot of manual work. However, there are downsides such as having complicated test code or finding false negatives because of using different browsers on virtual machines instead of your local machine or another developer's machine.

Using UIlicious as your test automation tool can help you solve these issues so we can easily create regression tests when needed, with the added benefit of saving time because everything is automated in the cloud, on real web browsers.

With that said, I hope this article has provided you with some helpful information about why regression testing is important and how it can be done with UIlicious.

If you liked what you read please share it on social media or leave a comment below. If you would like to learn more about how UIlicious can improve your testing workflow then please check out our website or sign up for a free trial today. 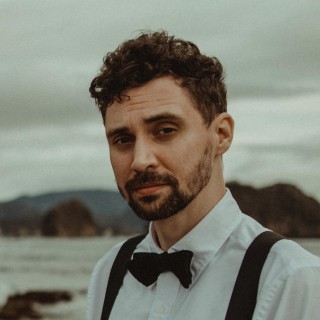